Does smoking increase the risk of acute respiratory infections?

If you quit smoking during an acute respiratory infection is your outcome better?

Verdict Yes: Evidence shows that quitting smoking during an acute respiratory infection reduces the risk of developing serious complications such as bronchitis and pneumonia. Even if someone has smoked for decades, quitting smoking can lead to almost immediate improvements in the cardiovascular and respiratory system. Within one to two days of quitting smoking, positive effects can be observed in blood pressure, heart rate, vasoconstriction, and oxygen levels.

Verdict Yes: According to the WHO, tobacco users are less likely to become infected with COVID-19  if they quit smoking as it will reduce hand-to-mouth transmission. In addition, as well as the near-immediate improvements to the cardiovascular and respiratory systems outlined above, comorbidities such as cardiovascular conditions, lung conditions, and diabetes can improve very soon after quitting smoking. As there is evidence that comorbid conditions increase the risks of COVID-19, this may improve people’s responses to the infection and reduce their chances of transmitting it to others.

Are there ways to increase the success of smoking cessation attempts in the current circumstances?

Verdict Yes: Even though options for face-to-face support and prescription medications may be limited in the current COVID-19 outbreak, there is abundant evidence for the effectiveness of other forms of smoking cessation support. Nicotine replacement therapy  (in the form of patches, gum, lozenges, and sprays) increases the chances of long-term smoking cessation by approximately 50% and is considered safe to use, even during lapses to smoking. Nicotine replacement therapies are widely available in supermarkets and pharmacies. Evidence from randomized controlled trials shows that using two forms of nicotine replacement therapy at the same time (a patch plus a faster-acting form like gum or lozenge) increases the chances of quitting compared to a single form and is as effective as prescription stop-smoking medications.
Accessing behavioural support on its own or in addition to pharmacotherapy also increases long-term quit rates. There is good quality evidence that telephone counselling (as provided by national quitlines, for example), increases quit rates. There is also evidence that internet, text-message, and print-based interventions increase quit rates. The resources tested are those available through trusted sources, such as governments and health care providers (for example, the NHS in Britain or the CDC in the USA).

It may feel particularly stressful to try to quit smoking in the current circumstances, but there is evidence that quitting smoking leads to improvements in mental health. Dentists and pharmacists are also able to provide effective advice. If quitting completely feels unachievable currently, there is evidence that cutting down to quit  (gradually reducing cigarette consumption) is as effective for long-term smoking cessation as stopping abruptly. However, there is no evidence to suggest that reducing without quitting is beneficial. Therefore, under the current circumstances it may be sensible to try and reduce to quit over a short period. It is safe to use nicotine replacement therapy during this period and evidence suggests that using a fast-acting form (e.g. gum or lozenges) to replace cigarettes whilst reducing can increase the chances of success.

Disclaimer:  the article has not been peer-reviewed; it should not replace individual clinical judgement and the sources cited should be checked. The views expressed in this commentary represent the views of the authors and not necessarily those of the host institution, the NHS, the NIHR, or the Department of Health and Social Care. The views are not a substitute for professional medical advice. 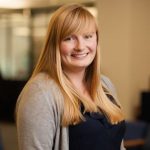 © Nasir HamidJamie Hartmann-Boyce is a departmental lecturer and deputy-director of the Evidence-Based Health Care DPhil programme within the Centre for Evidence-Based Medicine in the Nuffield Department of Primary Care Health Sciences, University of Oxford. She works with the Cochrane Tobacco Addiction Group and is an associate editor of Addiction. 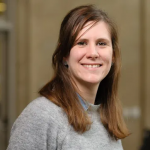 © Nasir HamidNicola Lindson is a Senior Researcher in the Health Behaviours team within the Nuffield Department of Primary Care Health Sciences, University of Oxford. She works with the Cochrane Tobacco Addiction Group.